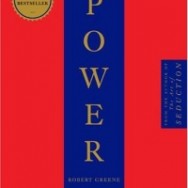 Review of The 48 Laws of Power by Robert Greene

This is a book review of Robert Greene’s The 48 Laws of Power.

Greene takes you back centuries when Marie Antoinette become the French Queen and was later decapitated, and Machiavelli charmed the court to his way of thinking. From nationwide victories to intimate seductions and lies of alchemy, Greene has written a masterpiece that deduces 48 laws of power from past powerful individuals and the not so powerful.

Greene is author of three savvy books covering seduction, war, and power. His interest in topics others overlook because they appear greedy, manipulative, and condescending have caused people to frown upon his work. On the “opposite side” of his reviewers are people greatly thankful for his teachings on the power, manipulation, and the seduction games that take place regardless of one’s liking towards the topics.

The 48 Laws of Power is divided into 48 chapters. It starts off with a fascinating discussion in the preface on the arguments many people have against power. The author says many people think power is immoral or unfairly differentiates people. It would be unfair for all people to have equal power because each of us are unique and have different skill sets. People who unconsciously use moralistic arguments against power, openness, and attempts to be fair, actually further their own power or bring someone else’s power down. Robert Greene goes on to say:

To some people the notion of consciously playing power games – no matter how indirect – seems evil, asocial, a relic of the past. They believe they can opt out of the game by behaving in ways that have nothing to do with power. You must beware of such people… they are often among the most adept players at power.

Power games are inevitable. I won’t say that all 48 laws are useful in all your relationships because power isn’t everything, but many underestimate the importance of power in everyday living. From personal relationships to dealing with customers, more power benefits you – and when you use it correctly, it benefits the relationship. Thinking otherwise uses the same moralistic arguments Greene discusses in the preface. Even so, some laws of power seemed harsh to me, but this is the reality of power and I accept it. Power isn’t meant to be pretty. We are talking about power; not a book about fairies.

Whether you want to learn how to charm people or to achieve your goals, there is so much to learn from the history in The 48 Laws of Power. The historical research within the book is phenomenal. The author and his team of researchers have dug through many books on history to provide hundreds of stories about users of the laws of power. The reader is given insights into powerful historical greats like Sun Tzu, con artist Joseph “Yellow Kid” Weil, and seducer Casanova.

With the large number of references to Niccolo Machiavelli and Baltasar Gracian, I assume these were Robert Greene’s primary figures of authority from which he developed most of his principles. Even if you have little interest in history, like myself, you will still find the stories interesting. The stories in each chapter show how the discussed law of power was used to increase power and when it was disobeyed to decrease power. An “interpretation” section is provided after each observance and transgression of the law to help you understand the interpersonal dynamics and power games played by those in the story. The author’s interpretation of the story provides a great way of understanding the keys to power and adapting the principles to your everyday life.

The historical research within the book is phenomenal.

At the chapter’s end, I found the images Greene paints with a vivid statement to be influential. Here’s one example of an image used for law 20 (Do not commit to anyone): “A Thicket of Shrubs. In the forest, one shrub latches on to another, entangling its neighbor with its thorns, the thicket slowly extending its impenetrable domain. Only what keeps its distance and stand apart can grow and rise above the thicket.”

Initially it may appear some rules contradict each other such as law 15 (Crush your enemy totally) and law 47 (Do not go past the mark you aimed for; in victory, learn when to stop) as well as law 16 (Use absence to increase respect and honor) and law 18 (Do not build fortresses to protect yourself – isolation is dangerous), but they are not contradictory. Discussing the latter, absence and maintaining a connection with people have their own uses in specific circumstances. Be flexible and use common sense to determine each law’s application. Each law has a context for its application.

Most of the pages within the book have fables, quotes, and small interesting stories that “distill three thousand years of the history of power.” Anecdotes line one side of the pages to nicely complement the chapter’s discussion. At a large 450 pages, the book mimics a textbook. You can expect to discover many great techniques to increase your power, stop yourself from being manipulated by others, and get what you want. Securely grab your copy now from Amazon by clicking here today.

Enjoyed this article?
Never miss a tip
Instantly get new articles and bonus tips for free (about once a month) by signing up to the TowerOfPower.com.au newsletter:

Hi! Joshua
I’m really delighted with what you’ve thought me. I do agree with you that our world is full of people who always try to change opportunities to their advantage, and in different tricky ways. So, as you’ve said, it’s important to stay empowered, not to hurt others, but to defend ourselves and others. Yes, Joshua please remain to be the important power so the weak can be empowered.

I am quite satisfied with most of the materials that I gather from you Joshua. They have been quite helpful and I like consulting them from time to time.

I think I have every reason to thank you for admirable inputs that you are adding into my carrier. Before I discovered your website, I was in darkness in a sense that there were some leadership aspects that I did not know. Today I am confident on those aspects. Communication in the workplace was a critical problem, today, its magnitude has gradually reduced.

Learning does not end, I believe that there several issues that I need to know, don’t hesitate to copy me.

Once again, I thank you for your endeavor to bring admirable changes.

Yours,
Adrian C. Katesigwa,
From Tanzania

Hi Josh
What you wrote always motivates me. It’s like you are missing something you are in need of and suddenly you find it right there.
Thanks for your words, it inspired me.
O pal, just keep doing the good work.

Principles and Tips to Deal with Difficult People

[…] to Robert Greene, author of 48 Laws of Power, a powerful individual living in isolation destroys his power. John O’Neil in The Paradox of […]

The Greatest 15 Myths of Communication

[…] to the moment can be good. Robert Greene in The 48 Laws of Power teaches “formlessness”. He advises people to adapt to other’s individuality and rely less […]

Review of Mind-Lines by Michael Hall and Bobby Bodenhamer

This is a book review of Michael Hall and Bobby Bodenhamer's Mind-Lines: Lines for Changing Minds. You've been to told...