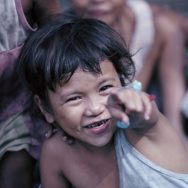 How to Build Confidence: 100+ Self-Confidence Tips

You set yourself up for happiness, success, and tremendous opportunity when you have self-confidence. You become intimately familiar with how you think, speak, and behave around other people, and allow your confidence to inspire confidence in others.

Strong self-confidence to me is the faith I can handle what’s ahead. That faith comes from many sources like my faith in Christ, body language, speech patterns, and ways of thinking you’re about to discover. It is not having the elusive anxiety-free life nor is it knowing I can get what I want. Confidence is the opposite.

The more I see that I am a flawed human being, the more courage I have to know things can go to the crapper and that I’ll come out ahead. I can still be anxious and not get what I want, yet remain a confident person.

Below is a list of scientifically-backed tips to build unstoppable self-confidence. They are organized into helpful categories. Confidence is formed by how we interact with ourselves and others. Little adjustments in your thinking or behavior that seem silly at first glance, add up to make you a confident person. Take a handful (or the whole set) for a spin. Instill a surplus of confidence in your life. END_OF_DOCUMENT_TOKEN_TO_BE_REPLACED 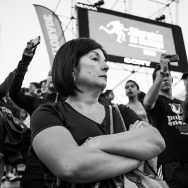 Want to know what people really think when they talk to you? Their words say yes, but their eyes and body say no. We pick up on these signals instinctively. Ever had a bad feeling about someone that turned out to be justified?

Human ability to understand the meaning of body language has been vital to survival. The earliest cavemen needed to know if others were friends or a threat, and reading their non-verbal cues quickly helped them decide. One Princeton study found it takes 100 milliseconds to form a first impression.

Body language extends beyond threat detection. It is human nature to protect ourselves. This often means masking our true feelings and intentions. Decoding these intentions helps you to recognize when a potential date is interested in you, a work relationship is going badly, or someone tries to take advantage of you. It won’t hurt as a party trick, either. END_OF_DOCUMENT_TOKEN_TO_BE_REPLACED How to Deal with Rejection in Any Situation

Imagine this situation: You just finish a job interview and seemed to have aced the interview. You took two weeks to prepare for the interview, and you made sure you had slick, impressive answers ready for any possible question. Your résumé took hours to get perfect. You are going to get this job. A long week later, the phone rings. Your stomach is in knots. Almost breathless with excitement, you pick up. “We’re sorry,” an unsympathetic voice tells you. “The position is filled.”

How do you feel? Probably crushed. Anger and confusion pulse through you. You wonder what the person who got the job has that you don’t – perhaps they interviewed better than you, they had more experience, or perhaps you did something horribly wrong. You might respond with venom. “I never really wanted that job, anyway.” Or you mind find yourself feeling depressed and de-motivated…if you can’t even get a job you pour your heart into, what hope is there for your future?

Change the scenario to dating or sales and the same pain plays out. Rejection is painful in its many forms. END_OF_DOCUMENT_TOKEN_TO_BE_REPLACED

Only anxious people understand what it’s like to feel anxiety. Getting told to “calm down” is annoying. Meeting people is not fun. A delay in someone accepting your Facebook friendship means they don’t like you.

I get it – once having a social anxiety disorder own me years ago. It’s a weird experience. To help I made a videographic of surprising facts about anxiety disorders. You might get stunned by the celebrities who suffer from anxiety, symptoms of anxiety, and ways to deal with the disorder. END_OF_DOCUMENT_TOKEN_TO_BE_REPLACED

4 Experts Give Their Best Tips to Improve Your Social Skills

You have the pleasure of listening in on four experts give answers to a variety of questions I asked. Get tips to improve your social skills, discover simple body language adjustments to be better with people, and be more compassionate with yourself seeing their own struggles and what they learned.

Each of these unique individuals have impacted my life in some way through what they teach. I’m excited for them to reveal their best tips right here. END_OF_DOCUMENT_TOKEN_TO_BE_REPLACED 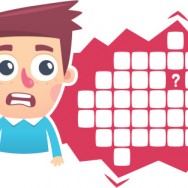 Free Test to See if You Have a Social Anxiety Disorder

Take this free online test to see if you have a social anxiety disorder. The quiz is based on the American Psychiatric Association’s Diagnostic and Statistical Manual of Mental Disorders (DSM-IV), The Liebowitz Social Anxiety Scale (L-SAS), and my knowledge having experienced the disorder.

I was “undiagnosed” for 7 years. This stopped me getting help and helping myself. I lived believing I was broken, but it turns out you can turn your life around once you know the problem. I hope the test and resources provide guidance to help you.

Here are three notes about the test. Your results are 100% confidential and never stored. The quiz is not intended to replace a one-on-one professional diagnosis. Respond to each question by picking the answer you think is most accurate. Get started with 16 simple questions below! END_OF_DOCUMENT_TOKEN_TO_BE_REPLACED Few people can boast achievements equal to what Benjamin Franklin (Jan 1706-Apr 1790) accomplished in his lifetime. Coming from simple, working class roots, he made his wealth with his printing business then went on to invent many useful things; the lightning rod, the Franklin stove, the Glass Armonica, bifocals, and Daylight Savings Time. Not just an inventor, he discovered the gulf stream and whirlwinds.

Discontent with all of that, he is also a founding father of the U.S.A. – often hailed as “The First American” for his campaigns towards colonial unity. He served as the governor of Pennsylvania and the U.S. Ambassador to France. A pretty full life don’t you say?

On top of it all, Franklin was well-liked for his wit, charming to men and women, high in his diplomatic ability, and constantly working on a kind personality. A man who greatly impacted politics knew how to get people on his side. Franklin was friends with Thomas Jefferson, George Washington, Samuel Adams, James Madison, William Keith (the governor of Pennsylvania) and some important European thinkers like Hume and Priestley. He was known to make friends wherever he went, and to keep those friends.

So what can we learn from Benjamin Franklin about making friends? END_OF_DOCUMENT_TOKEN_TO_BE_REPLACED Making friends can be hard. You don’t know where to start to form new friendships. When you watch groups of people have fun, it feels they speak a secret language.

There is a step-by-step method revealed in this guide to easily make friends. People “naturally” great at making friends unknowingly follow it. The difference between you and them is their parents, their teachers, their way of living early in life created these habits. You just have to learn these ways to make friends.

It can be frustrating now, but it no longer has to be hard to make friends. Shy and lonely people have learned how using the below guide. Follow these 5 simple steps and I guarantee within 2 weeks you’ll make new friends. END_OF_DOCUMENT_TOKEN_TO_BE_REPLACED

Ever started a conversation, only to have it dry up like water in a hot desert? I’m sure you have many times if you’re shy like the old me. In a group, you’re seen as quiet, but one-on-one it is awkward when you run out of things to say. Is the solution to come up with good conversation topics?

A well-oiled list of conversation topics ready to roll out is only one part of what matters to have a good conversation – it isn’t your complete solution to make friends and influence people. END_OF_DOCUMENT_TOKEN_TO_BE_REPLACED How to Brainwash People: Techniques to Put an Idea into Someone’s Mind

It was another day in Khost, Afghanistan, when Shakirullah Yasin Ali, aged 14, climbed into the driver’s seat of a car, turned the ignition, and said a final prayer. The car was wired to a bomb. Shakirhullah knew his mission to drive the car near clustered British and American people then detonate it. He was about to die – or so he thought. Stopped and caught, he later said, “All I know is what the mullahs told me and kept telling me: that the British and Americans were against God”.

30 years before that on November 18th, 1978, 909 people drank Flavor-Aid mixed with cyanide and valium. The group knew death was imminent. They were members of a cult reportedly persuaded by their leader to drink the poison. Known as the Jonestown incident, this is one example of multiple ritual suicides committed by cult members.

What kind of power can convince people – from frightened teenagers to large groups of adults – to do something as extreme as ending their own lives? END_OF_DOCUMENT_TOKEN_TO_BE_REPLACED