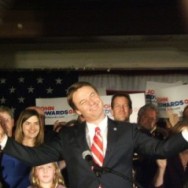 You probably get lied to everyday. It’s the reason you want to know “why do men and women lie?” Some of the lies leave no bruise while others devastate.

Similarly, we’ve all lied. Your nose doesn’t grow from lies. Lying is often considered acceptable – even sometimes expected practice to handle someone’s feelings. Thank goodness no one is Pinocchio.

Why do men and women lie? What can you do to stop yourself from lying? In this article you’ll be surprised at the real reason you’re lied to.

Take “white lies” or “fibbing” as acceptable forms of lies. Here are examples of these deceptions:

To a large extent these lies are considered harmless white lies, and most of us tell them without blinking an eye. People often accept white lies because on a subconscious level they believe:

In fact, the Science Museum of London conducted a study on truthfulness amongst three thousand people, and discovered that:

…both sexes said there were such things as ‘acceptable’ lies; 75 percent said it was okay if it was done to spare someone’s feelings.

Though it’s necessary to take these studies with a grain of salt – this study is interesting because it indicates the level of pervasiveness and acceptance lying has in our everyday lives.

Telling a big whopper of a lie is not ideal. Problems can also occur when someone starts to white lie frequently – you could say they “abuse the system” by pulling out a white lie when necessary.

Lying, especially white lying, can be a dangerous habit because it’s easy to do. As a child when we gain conscience and reasoning, it’s one of the first things we notice – the ability to lie and get out of being in trouble. One day a parent places a lolly on a shelf and it disappears. You don’t have the courage to endure punishment so you lie about eating it.

In social situations, lying about your life can make it easier to get someone to like you. It’s also a way to avoid confrontation and hurting someone’s feelings. It’s simple to stop someone worrying when you lie about what happened or where you have been.

Lying… is a way to avoid confrontation and hurting someone’s feelings.

Cheating men and unfaithful women aren’t the only ones who lie to avoid punishment. It’s natural for humans to avoid trouble by taking the easy way out. (What’s natural isn’t always the best though.)

The famous psychologist and psychoanalyst Sigmund Freud believed humans are intrinsically driven to increase their pleasure and reduce their pain. The “Pleasure/Pain Principle” says we seek gratification through feelings of pleasure and steer away from pain. Often pain is quick to arrive as it takes our focus and steers us to a life of avoidance.

Pain-avoidance in lying means this process gets repeated. Eventually lying becomes habit, sticking in one’s life. This is why many people believe the saying, “once a cheater, always a cheater”.

Do men and women lie for different reasons? A study by the psychologist Bella M. DePaulo at the University of Virginia, found somewhat differing reasons for lying between the sexes. The study found women tend to lie to make people feel better and spare their feelings. These findings are consistent with a woman’s tendency to feel responsible for people’s feelings.

According to psychologist Michael Lewis in his book Lying and Deception in Everyday life, men are more likely than women to use a lie to enhance themselves. Dr. Bella found men tend to lie in line with their male ego – whether it be to conceal something embarrassing to themselves and their ego, or to build their self-image. It was also discovered men often lie to avoid conflict.

Some common lies men tell are:

“Of course I like your friends!”
“Honey, you’re the best.”
“I can’t call you. I don’t even know where I’ll be.”
“That dress isn’t too tight. It looks great!”
“They’re downsizing at work. But don’t worry, they won’t get me.”
“Sure, I’ll mow the lawn – as soon as this short ache in my back goes away.”

“Yes I’m satisfied.”
“It was on sale so relax.”
“Nothing is wrong.”
“You’re doing fine.”
“Stop worrying, he doesn’t hate you.”
“I don’t want anything for my birthday.”

Here’s some more lies in an cool pic Josh made that you can Pin:

The One Universal Reason Everyone Lies

Now that we’ve looked at lying and some of the common lies men and women tell – let’s go deeper to understand why men and women lie. No matter who we are or the situation, EVERYONE lies for one universal reason.

And that reason is: a lack of courage.

I challenge you to look back at any lie you’ve told, or any lies someone has told you. The one thing they have in common is the deceiving person does not have the courage to tell the truth.

Anyone lying to get out of work or to inflate the ego are scared of the repercussions of truth. You can probably see how a lack of courage applies to these types of lies.

What about lies with more noble intentions? Do they really indicate a lack of courage?

Yes. Yes, even if you are lying to spare someone’s feelings, and you think it’s a noble thing, at the end of the day you still lack the courage to deal with the consequences (such as the reaction of the person) of telling it like it is.

What Liar Are You?

A lack of courage underlines these common reasons for lying. Understanding why you lie helps you kick the habit.

I am not advocating you must always tell the truth. I am pointing out the secret, subconscious reason for lying in the first place – a lack of courage to deal with telling the truth and receiving the consequences, be they good or bad.

Courage is like a muscle. It needs to be built over time. When you haven’t trained your truth muscles, they hurt to use in practice. The more you practice, the easier it becomes to tell the truth.

Note, I said it becomes easier to speak the truth the more you practice. The CONSEQUENCES of dealing with telling the truth don’t necessarily get easier!

When You Should Lie

Is it okay to deceive if the consequences of telling the truth suck? Is it ever okay to lie?

Before I can answer if it’s okay to lie – you need to be the person who does not use lying as a habit, as the easy way out, as a compulsion, or anything similar.

Many years ago while working in a detention centre with juvenile delinquents, I encountered enormous amounts of lies told by youth there. One pattern I discovered amongst them was the youth who were habitual liars became so accustomed to lying that they had no idea when they lied.

Even scarier than this, I discovered that the juveniles who habitually lied deluded themselves about the crimes they committed and the person they saw themselves to be. I had many a conversation with some offenders who lied point blank about their crimes, to the extent they deluded themselves into believing their own lies.

This is dangerous indeed. And it starts small.

Although it may seem ridiculous, you need an ongoing commitment to the truth! This commitment needs to be honored every day and in every situation. And with as much tact as possible. Just like our health, a commitment to being truthful and genuine needs to be cultivated, maintained, and built everyday.

If you don’t have a commitment to truth then you will find yourself lying or being compelled to deceive in the trickiest and most demanding situations.

So if you have a commitment to the truth and find yourself consciously telling the truth, even when it hurts and you get nervous – congratulations! You are now in the position to discern whether or not it is necessary to lie. There are times in life when a lie is needed and the truth is unnecessary.

If you lie having assessed the situation – and you lie knowing you could just as easily tell the truth – as you already have the courage, then this is when it’s okay to lie. Be careful and remember:

It takes a lifetime to build trust, and only an instant to destroy it.

Enjoyed this article?
Never miss a tip
Instantly get new articles and bonus tips for free (about once a month) by signing up to the TowerOfPower.com.au newsletter:

Angela Yan has worked in the social & community services field for the last 12 years in & holds a degree in Criminology & Criminal Justice. Mental health, people & behaviors are areas if specialty. You can visit Angela here - www.angelayan.com -

This is a very great article.Although I did not agree on the last paragraph where it is said that sometimes it is okay to lie.Personally I think that it is never okay to lie because it hurts when the truth is out,no matter what were the reasons for the lie,it is never enjoyable to be lied to.

thank you very much for your input. Whilst I mostly agree with you that lying is usually not ok, I believe there are some circumstances when it is OK to lie. For example: if a loved one were dying in your arms & asked for forgiveness from a past event, would you tell them “No”,(as sometimes forgiveness can take a while), or would you tell them that yes, they are forgiven, and then they die in peace? Whilst it may be extreme example, real life is full of situations which are not quite black & white, but in fact several shades of grey.

Dear,, the Lying is forbidden in my culture. you must say the truth.for any circumstances.

Very interesting. a solution for an extend toward self conflict.

I highly recommend to read the book “Getting Real: Ten Truth Skills You Need To Live an Authentic LIfe” written by Dr. Susan Campbell. You will learn how to be honest with others AND yourself in a way you never have before. It really is a great book.

Thank you for that. I’ll definitely give it a look.

many things, we know are good things like telling truth, being kind etc,
are in my opinion so, because our subconscious mind knows that they are eventually good for us

Yes, that is actually a very eloquent way of summing it up! Thank you for reading and for your comment. Much appreciated!

Nice article!
According to researchers men are tend more often to lie than women. Indeed, the reasons for a lie are different and it’s because of genders’ psychological differences. No surprise that women and men sometimes think differently. And when it comes to a particular issue, they might not see eye to eye. And it’s very pity when one lies to another, whatever!