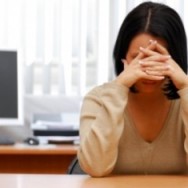 Barriers and Mistakes in Apologizing

This is the second part of a four part course called, “Freeing Yourself From Mistakes and Pain: A Four Part Course On Apologizing and Emotional Freedom”. If you missed the first part, you can read it here.

The second part of this course reveals the common barriers, problems, and mistakes you face when you apologize and ask for forgiveness. Learning the correct actions and methods to apologize is not enough. It helps your understanding and success if you also know what not to do.

You are also going to discover something called a “non-apology apology”. That is no typo. You have heard a non-apology apology given by a politician. You likely have used this poor habit to escape a situation where you wanted to avoid an apology.

You know how important apologizing is after reading the first part of the course, but let’s assume you still cannot bring yourself to apologize. The benefits of apologizing have not built enough reason for you to pursue the pleasure and avoid the pain of an apology. Maybe you are experiencing excessive workloads and stress. Maybe you don’t have the courage to confront the person face-to-face. If this is the case, I encourage you to build your confidence and throw away your pride. You will be glad you did.

As explained in part one, we often avoid an apology because of fear. The primary fear I think people have when apologizing is the idea that apologizing puts down your protective shield, which leaves you vulnerable for an attack by the other person. You fear the ramifications of your actions. People with this fear think the problem is best left in the dark because an apology puts the problem under a light to amplify the issue.

Part of this fear may actually be real because the topic you should discuss could be bottled inside of you and your would-be conversational partner. An apology could open a bottle of soft drink. Depending on the severity each of you have been shaken, a lot of fizz could spurt out. Anger, confrontation, and frustration will shoot forth when either of you are shaken up and previously unopened to the other person.

An apology could open a bottle of soft drink. Depending on the severity each of you have been shaken, a lot of fizz could spurt forth.

Be humble, calm, and lose a self-centered approach to control this fear. If the fear is minor, you simply tell the person your fear and why you have it before giving your apology. That itself can open up communication.

When you apologize, it helps to remember that being scared of confrontation with the person comes from wanting to protect yourself. You fear responsibility for your actions. However, don’t expect the person to treat you like an angel. After all, you screwed up otherwise an apology would be unnecessary.

Another likely barrier to you apologizing is a fear that it signals weakness. You think the person receives power over you. “I’m better than you! I win! You apologized!” Yeah right. A failure to apologize communicates to yourself that you are weak because there is an imbalance between your courage and your ego.

When you admit a mistake and ask to be forgiven, your self-centeredness lowers, your courage rises, and balance exists with you and the other person. Weakness and vulnerability is a misnomer about apologizing. “It takes a great deal of character strength to apologize quickly out of one’s heart rather than out of pity,” said Stephen Covey, author of the bestselling The 7 Habits of Highly Effective People. “A person must possess himself and have a deep sense of security in fundamental principles and values in order to genuinely apologize.”

Your goal in apologizing is not to keep your pride alive or to let the other person “win”. Aim to develop a good relationship. There is no winners or losers. The two of you play on the same team and must work together towards a quality relationship.

The Most Common Mistake: A Non-Apology Apology

We are taught early in life to say “please” and “thank you” to satisfy parents. Most of us never understood the full intent behind gratitude. At the same time, we are taught to apologize by saying, “I’m sorry” because our parents made us. We miss the true reason for an apology.

Do You Mean It?

What matters most in an apology is meaning it. Without guilt and sincere regret, you risk saying a non-apology or having an apology come off incorrectly. Genuine sorrow is not the only ingredient of a successfuly apology, but an apology cannot be successful in its absence.

Work at seeing the other person’s point of view and how they were hurt. That way you can reduce mistakes and mean your apology.

For examples of non-apologies, look no further than politicians. These adorable people are filled with this poor apology. One example is Bill Clinton’s remarks regarding the Lewinsky scandal. President Clinton confessed his relationship with Lewinsky was “wrong”, but failed to experience guilt. It was said about his talk that Clinton aimed to protect what he had done. We see Clinton detached from his sorrow when he said, “It is important to me that everybody who has been hurt know that the sorrow I feel is genuine: first and most important, my family; also my friends, my staff, my Cabinet, Monica Lewinsky and her family, and the American people.”

Another example I found of many was Pierre Boivin, Montreal Canadiens’ President, when he apologized for fans booing the American national anthem. Boivin said, “We apologize to anyone who may have been offended by this incident.”

It is a growing trend to say sorry on the condition you hurt someone – instead of admitting your mistake regardless of someone’s pain that compels you to apologize. The non-apology apology requires someone to be hurt and implies offended people are partially to blame for their reaction. Some more examples:

To show the delicacy of apologizing, look at this apology: “I’m sorry I lied to you. I feel guilty that I’ve let you down.” All you do is insert an “if” into the first sentence (“I’m sorry if I lied to you”) to destroy a good apology with a non-apology apology.

A non-apology apology is said to please the hurt person to keep them quiet while protecting yourself. It puts the onus on those we upset by implying the victim is wrong. There is no remorse and sorrow. Guilt and responsibility is absent in a non-apology apology.

An awareness of these common barriers and mistakes will have you ready to successfully apologize. Knowing what not to do will guide you with what to do.

You are now ready to improve your relationship by learning how to correctly apologize to heal the damage that set the two of you apart.

Links to all four parts of this course, “Freeing Yourself From Mistakes and Pain: A Four Part Course On Apologizing and Emotional Freedom”:

Want more tools and tactics to improve your life?
Never miss a tip
Instantly get new articles and bonus tips for free (about once a month) by signing up to the TowerOfPower.com.au newsletter:

How to Correctly Apologize

[…] not say, “You shouldn’t be offended by what I said.” Avoid a non-apology from part two on barriers and mistakes made in apologizing which involves putting the blame on the other person while simultaneously “apologizing”. Here […]

The Power of Apologizing

[…] Barriers and Mistakes in Apologizing […]

How to Forgive and Be Forgiven - The Art of Forgiveness

[…] Barriers and Mistakes in Apologizing […]